Kapit is a town and the capital of Kapit District in Kapit Division, Sarawak, Malaysia on the south bank of the Rajang River. Kapit Town is surrounded by undulating hills. The centre of town can be quite chaotic with the number of cars on the road.  In the last decade , the town has grown exponentially with the emergency of the township of Bleteh. 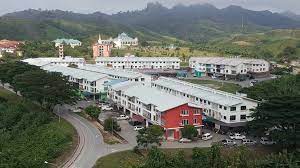 Immaculate Conception Church was first established in Kapit in 1882. The church celebrated its 130th anniversary in 2012. Kapit is home to many races like Iban Chinese, Malay, Bidayuh, Kenyah, Kayan and Melanau. People in Kapit may be Christian, Muslim, Buddhist, or other religions.